I am not an audiophile. I don’t mean that I am an audiophobe, but I can’t claim to be an expert in music. If one purpose of a 100 day challenge is to make time in my life by banishing the crudities currently on offer as worth attention, I should find time to learn more about “music”.

I feel so fortunate to have had a solid musical education. But here is the modern dilemma. I have a musical education because I can read music, I can pick something out on a piano, banjo, violin and penny whistle and I can sing…in harmony.  However, when it comes to an appreciation of the music that is being sold currently, or an clear grasp of the progression of music across the 20th century, I feel some gaps.

Music is a broad enough subject that I suspect most of us are ready to forgive each other for not being familiar with the music that is dearest to our hearts. When you live with someone, however, you want to learn what you can about the music that would make each other happy. How lucky I am, in living with someone whose taste in music in tangential to mine in the most cheerful of ways (disco!). While I grew up in the 1980-90s, because I grew up in a home that was isolated from popular culture by intention, I left high school with comfortable familiarity with only: (now don’t laugh)

When I began my junior year of college, I threw myself with abandon into the small “scene” in Lincoln,Nebraska and took on the role as the “Women’s Words and Music” coordinator for the University Program Council at the University of Nebraska. In this role I arranged concerts by notables such as Ani DiFranco and The Washington Sisters. My love of folk music bled easily into an appreciate for feminist music and my favorite albums from these years include ones by Kate Bush, Melissa Etheridge, k.d. lang, and Jane Sieberry. I added Nick Cave from a love of the film Wings of Desire.

I never “studied” this music and couldn’t clearly discuss the relationship between artists and genres but I see now that with a little bit of effort, I might be able to create an intellectual coherence in my music world. I thought of this when I picked up a book at the library titled “Record Collecting for Girls” by Courtney E. Smith.

I will devote another blog post to the urgency created for this issue by the availability of music in the most unreal format, streaming. However, I will wrap this short discussion up by saying that it turns out records are easy enough to buy online these days and it was the delight of many days when I ordered and received a copy of a lost album, Judy Collins Living, that I had once saved from a trash heap while wandering the streets of LA (high school in LA with no car involves lots of street wandering). In a year when we lost many artists from my youth, including Leonard Cohen, it feels especially nice to take this album along to dinner with friends and listen to “Joan of Arc” once more. 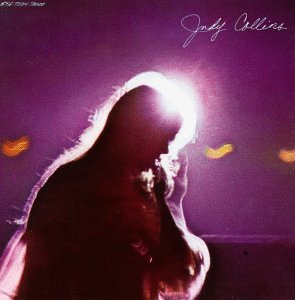 This site uses Akismet to reduce spam. Learn how your comment data is processed.

This blog is a record of 100 days spent focusing on the "real" in life.